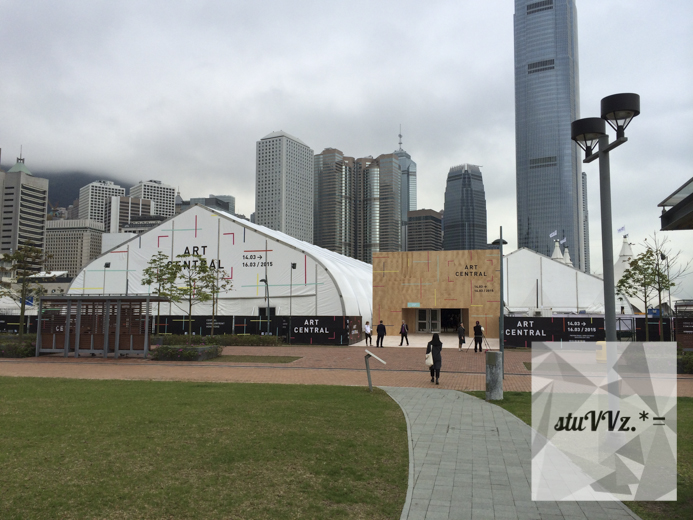 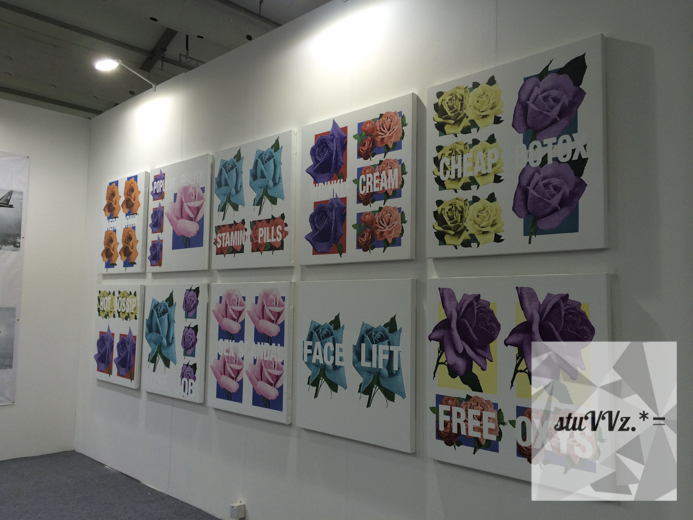 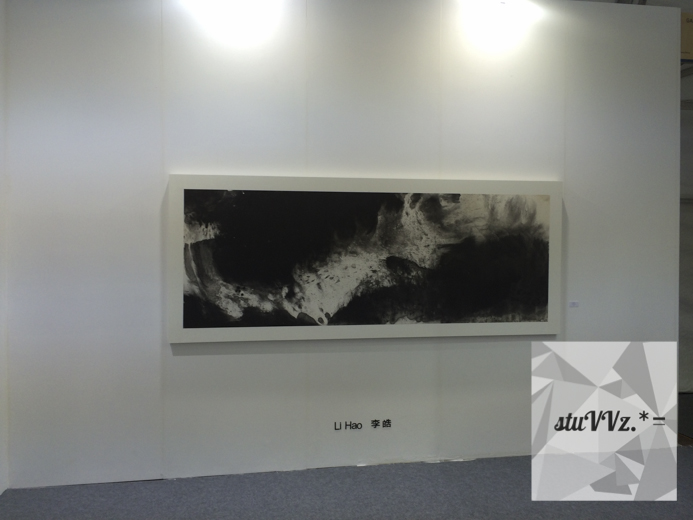 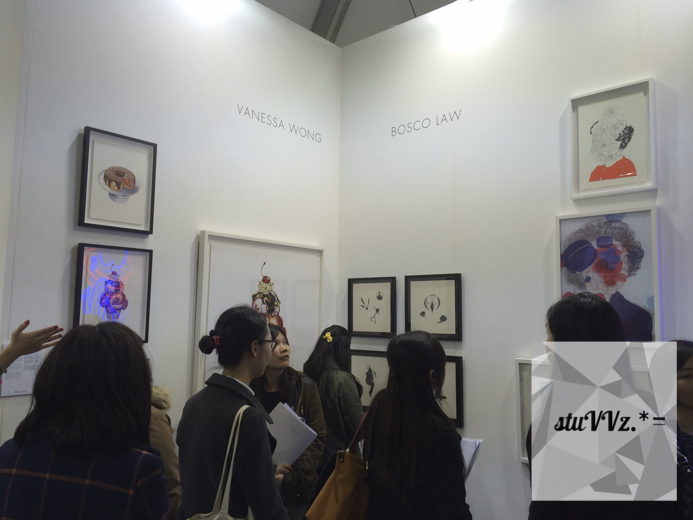 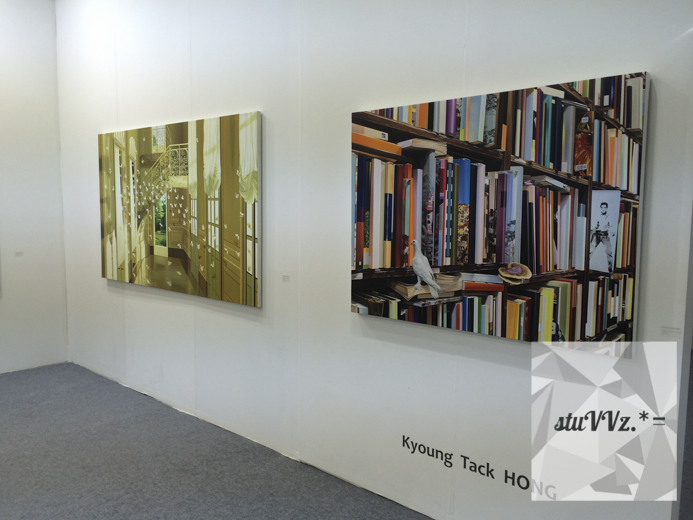 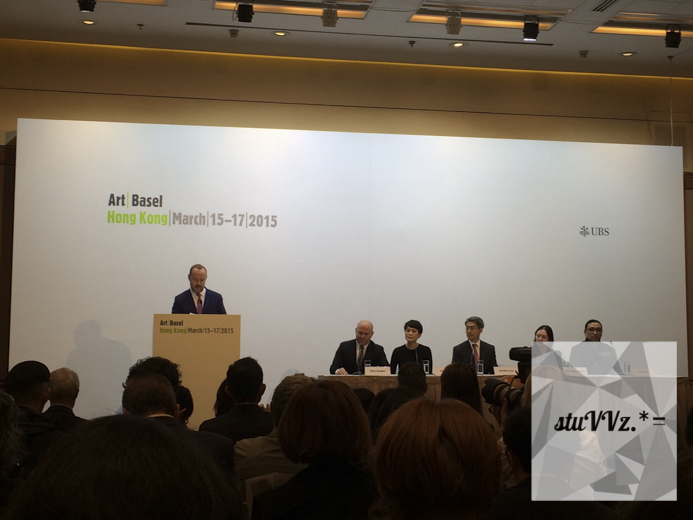 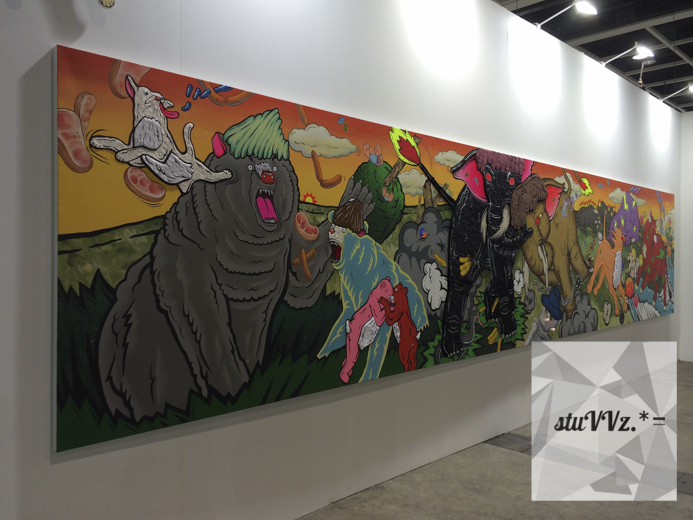 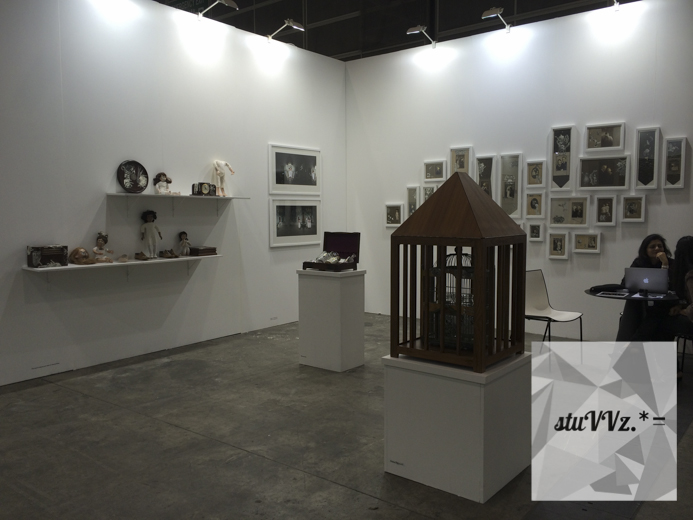 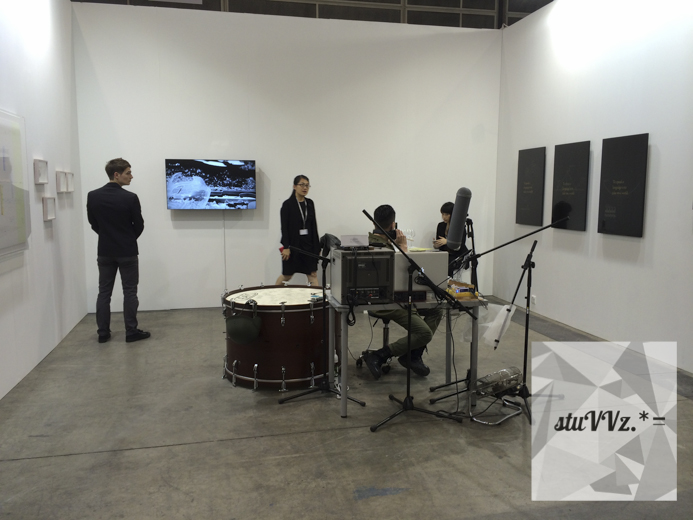 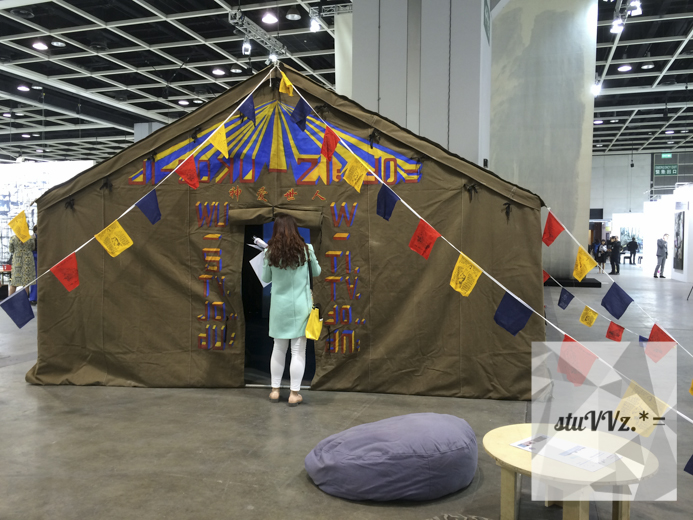 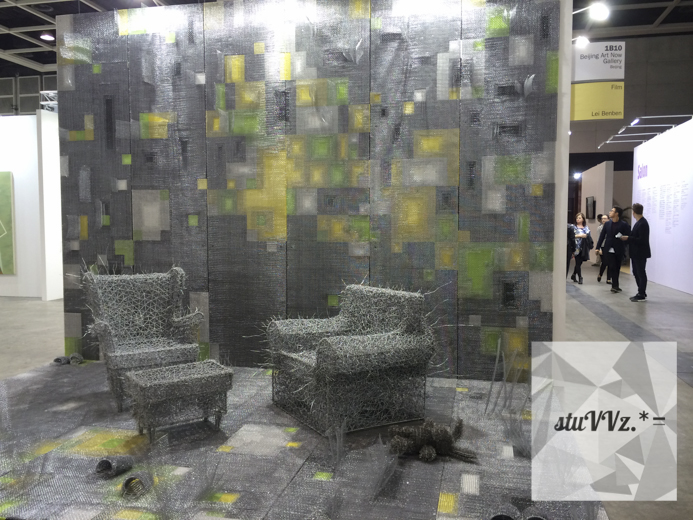 Through the eyes of a Hong Kong based media.

All people experience things differently. No two individuals can ever feel exactly the same towards something, and nothing can ever be un-felt. So at the end of the day, everything is plainly subjective. This so-called truth that we define, or what we presume to be the closest to the truth, is a preference generated by the majority. Therefore, we are not trying to illustrate any definitive conclusion because it is something that we cannot do, and also because we believe subjective experiences are what truly foster interesting discussions.

We attended two of the biggest art events here in Hong Kong this 2015 as media guests. Indeed, it is an experience different to other visitors, which is why we would like to share our experience with you.

Hosting on overlapping dates of March 14th to the 16th for Art Central and March 15th to the 17th for Art Basel, it appears to suggest tension and competitiveness between the two events. Even though Art Basel was first introduced to Hong Kong 3 years ago and has earned itself with established recognition in the local arena; Art Central’s choice of site at the new Central Harbourfront was a very smart move. With the site previously hyped up by the hosting of AIA The Great European Carnival 2015; the building of the Hong Kong Eye; the constant hosting of fashion previews at the neighboring Pier 4 as well as the HK Fan Zone happening there in 2014, Art Central easily and quickly integrated into the local community. The choice of a commercial arena versus a relatively more leisure-connoted space quickly differentiated the anticipations we had for the two different fairs.

The press invites for Art Central happened earlier than Art Basel, so let us start with that first.

Opening their entrance closer to Admiralty where Tamar is, those who took the same Mtr route would have walked through the Central Government Complex to get to the harbor site, and that walk alone gives a strong cultural experience. Literally walking away from the metropolitan scape, the 10,000 square meter temporary structure created by London architects Stiff & Trevillion stood compatibly with the scenic site, next to the harbor.

Even though Art Basel has explained in its press conference that the amount of artworks sold and the price that they are being sold at is something the organizing committee never interfered with nor had a record of; this sense of high-end commercialism and elitism is hard to detach from the atmosphere it situates itself in. Taking over two halls and a majority of the floor areas in the Hong Kong Convention and Exhibition Centre, this venue which is surrounded by a handful of business buildings naturally made us feel that it was necessary to dress up for the occasion.

Both of the fairs grew from the same seed, which was ART HK. This fair, which was initially founded by Tim Etchells, Sandy Angus, Will Ramsay and Charles Ross 7 years ago, ran until 2012 and was then sold to Art Basel. Even though Art Basel always happened during May, this year, both of the fairs decided to open earlier, which was in March. Art Basel director Marc Spiegler denies that the move in date has anything to do with the ‘Art Month of March’ here in Hong Kong, so it is most likely that Art Basel as well as Art Central scheduled themselves according to this year’s global art world agenda, since Venice Biennale will be happening from May 9th to November 22nd 2015.

Not hesitant in the constant reminder of their ART HK origin in their press releases and during their announcements in the press conference, Art Central also “believe(s) we (they) have a good knowledge of the market here and have seen how it has developed and rapidly grown over this time.” Art Central’s management team includes globally influential individuals such as Fair Co-Directors Eve Share Banghart from Gagosian Gallery, London, who has moved to Hong Kong in 2009 and assisted the Art Basel team in Hong Kong as the Gallery and Project Manager; and Maree Di Pasquale who was the Assistant Director of the Melbourne Art Fair and Sydney Contemporary 1st Edition.

As for Art Basel, they welcomed Adeline Ooi on board as the Director of Asia this year. With an evident status around Asia Pacific which was earned from her position as Art Basel’s VIP Relations Manager for Southeast Asia in the past two years, she was told to be a strong curator who has assisted projects consisting of Japan, Indonesia, Malaysia, Singapore, the Philippines, Thailand and Vietnam artists. She also appears to be a breath of fresh air at the press conference as she laughed and asked for help while she was trying to pronounce the names of certain artists.

Art Basel continues to partner with UBS, who offered an expansion to the Junior Art Hub, with more free art sessions; a special menu at the Mandarin Oriental; the launch of the UBS Plant Art app; as well as a series of exhibition and talks at the UBS VIP Lounge this year. They also implemented a large-scale video installation by Cao Fei on the International Commerce Centre and dedicated their film section at the agnes b. CINEMA. As for the educational sector, Art Basel has collaborated with HKU SPACE CDP and Central Saint Martins College of Arts and Design for the launch of ‘Collecting Contemporary Art’ for new art collectors this year.

Art Central however, takes a rather different approach. Other than collaborating with The Continental for food menus, SCAD Hong Kong for educational tours, and interacting with the visitors through the implementation of the Artsy app; they have a designated outdoor street food corner presented in hands with Classified, Beef & Liberty and Brickhouse. On top of that, they also provided a series of children dedicated programs with the Sovereign Art Foundation and Art Loop. Another interesting point is that their main sponsor was J. Crew, and they took responsibility in rewarding the Rise Award artist Vivian Poon with a USD $5,000 cash prize. It was clear that this debuting satellite fair was not only supported by quite a few well recognized organizations, but that they also partnered particularly with names that are young and hip, with a strong local presence.

Even though Art Basel featured a total of 179 art galleries and Art Central only featured over 75, these numbers cannot dictate the true diversity of the shows and we must look at the percentage of the geographical locations that their included galleries are from, in order to get a true gist of their inclusion. Art Basel categorized their show into three main subsections including ‘Galleries’, ‘Insights’ and’ Discoveries’, where just the Insights selection included projects by 34 Asia and Asia-Pacific galleries. There was also 29 galleries participating for the first time this year, and a total of 94% of the galleries that participated in the 2014 Art Basel came back this year, as compared to the 87% that came back from the 2013 Art Basel to the one in 2014.

Even though the number of galleries featured in Art Central was just 40% of Art Basel’s, they show a prominent coverage of galleries from around the world. Featuring 19 local galleries and 21 countries in total, 65% of the 75 plus galleries in the satellite fair is from the Asia Pacific region. They also present 11 new galleries in their Rise sector, where new spaces that were opened for less than 5 years are featured.

During our media walk through in both of the fairs, it felt like a stronger emphasis was placed on the presence of Japan and China based galleries, either with more of them being included in the media tour or them being physically found in better placements within the space, and to us that was a great sight.

When it came to the highlighted parts of the shows, as mentioned in their press releases, it was obvious that Art Central was trying to introduce more of the local and Asian artists; where Art Basel was trying to focus on their film sector, which took place in hands with agnès b. CINEMA.

Art Central’s fact sheet created specific categories to introduce their top fives, and we were especially intrigued to see their inclusion of “Women Artists”, “Ink Artists” and “Hong Kong Artists” on the list. It did make the fair appear much more in sync with the culture of the city, and seems more responsive to the changing art world, where people are demanding to see more diversity in art exhibitions. As for Art Basel’s three-day film program, they worked in hands with Li Zhenhua, and presented quality curation, but the works selected did not resonate as much to the local audience as it did with the global film enthusiasts.

Both of the art fairs gave media as well as guests a lovely experience. Yet, if we were to choose, we would be in favor of Art Central more, for its unique choice of venue, and selection of works that allowed local independent artists and new galleries to be exposed. It offered a more relaxed environment, which encouraged the general public’s attendance, and it has successfully made art into something that appears more interactive and friendly for the non-professionals. The show was less uptight, and made different forms of art more accessible to the public. We can’t wait to visit both of the fairs again next year, and would love to learn about your experience at the respective art fairs.